5 Reasons To (Re-)Play Child Of Light 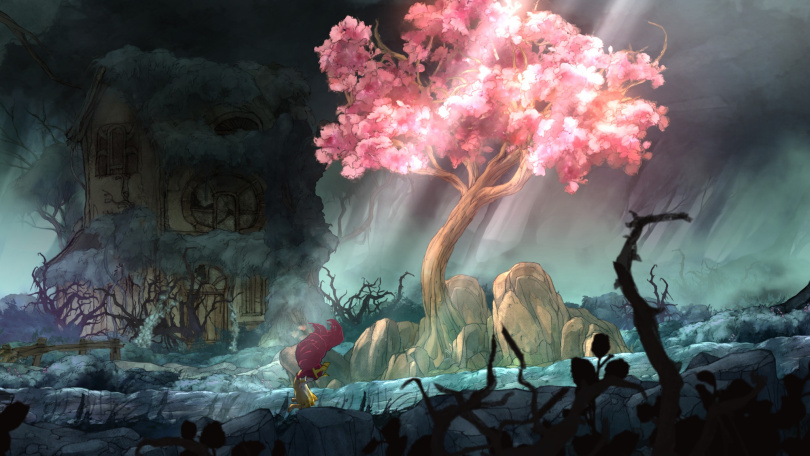 Happy birthday, Child of Light! The critically acclaimed platformer-slash-RPG developed by Ubisoft Montreal was released exactly two years ago. Had my blog already existed back then, I probably would have written an article about Child of Light, since almost everything in this game makes it a wonderful and poetic adventure, worthy of being mentioned on a blog devoted to the gaming arts. It tells the story of a young girl named Aurora, who has to journey through the enchanted-yet-dangerous world of Lemuria to retrieve three lost lights: the sun, the moon and the stars, with the help of some allies she meets along the way. Two years after its release, here are 5 reasons why I think you should play or replay Child of Light.

Powered by the Ubi Art Framework (a video game engine originally developed by Ubisoft Montpellier for Rayman Origins), that allows 2D-artists to easily integrate their artworks into the game, Child of Light‘s environments and characters look like animated watercoloured paintings. Everywhere in this world, there seems to be magic in the air. It feels absolutely wonderful to fly through enchanted forests and valleys alongside Aurora. The trailer below is a compilation of various environments from the game – and I think the video speaks for itself.

Child of Light was written by Ubisoft Montreal writer Jeffrey Yohalem (Assassin’s Creed II, Far Cry 3). It tells the story of a young Austrian princess who suddenly becomes trapped into another world where dark creatures attack the innocent and a mad Queen has risen to power. As she seeks the moon, the stars and the sun to bring the light back to a land ruled by the night, Aurora will progressively grow from child to adult. Inspired by fairytales, Child of Light will make you feel like you are playing one of the stories you were told as a child.

Child of Light‘s gameplay is a tribute to the RPG genre. Aurora regularly battles against enemies along with her allies. The combat system is similar to Final Fantasy‘s active-time battle (ATB) system, with a time bar indicating when every participant in the battle can attack. Combats in the game can be quite tricky sometimes, and the boss fights are just as epic as you might expect.

The dialogues in Child of Light are all written in rhymes. This is no classic poetry, and the writing of the rhymes isn’t always perfect, but the idea itself adds to the overall poetic atmosphere of the game. Below is the opening cutscee of the game, told in rhymes.

Child of Light‘s soundtrack is probably its greatest quality. Composed by Canadian singer Coeur de Pirate, the game’s soundtrack is one of the greatest game soundtracks ever. Not kidding. Coeur de Pirate has just the right amount of talent and sensitivity to score such a game. The game’s music is filled with melancholia and poetry, hope and despair, beauty and fear.

I’m afraid it takes more than a bullet-list to describe the experience that is Child of Light. Whether you are into RPGs and platformers or not, this game is worth a few hours of your time (the game is pretty short, but it leaves a long-lasting impression for sure). I believe it mustn’t be too expensive by now, and it is available on almost every system out there, which is yet another reason to play the game. Although it takes inspiration in classic RPGs, the game also reminded me of Okami for its art style and fairytale-like story, or Journey for the majesty of its landscapes. I also thought the art style and story were somehow reminsiscent of some of the productions from Studio Ghibli. Anyway, the game is exactly the kind of game I love, and it still deserves some praise, two years after it was released. If you have played it, I’m interested in knowing what you thought of the game, and what were the reasons why you liked Child of Light – feel free to share your thoughts in the comments section! And if you haven’t, well, you know what to do. 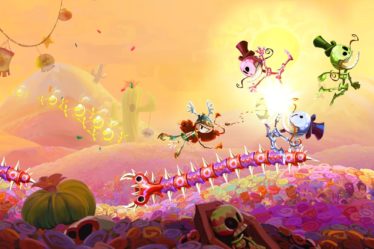