TV Series as an Inspiration for Video Games 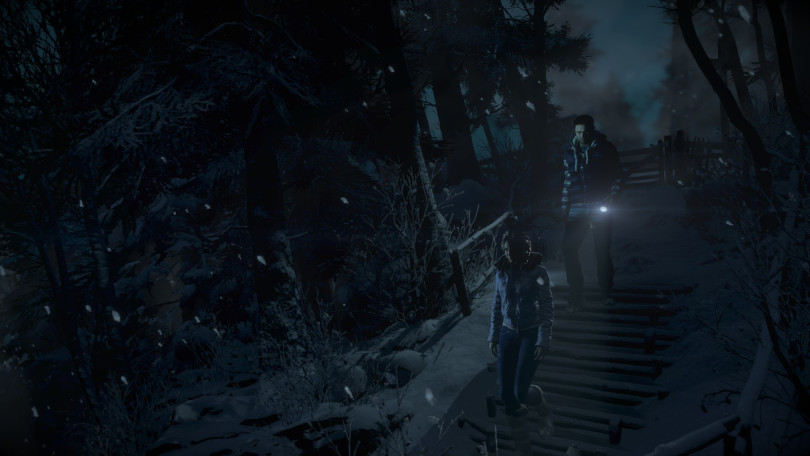 Lately, I have played two games which I have really liked: Quantum Break, Remedy Studios’ Microsoft exclusive third-person-shooter, released a few weeks ago, and Until Dawn, Supermassive Games’ interactive slasher movie, which was released in August 2015 on PlayStation 4 (except I hadn’t had the chance to try it ever since). Although these two games are very different, they made me realize something: while cinema has inspired developers from all over the world for a long time, TV series tend to become a great source of inspiration for game makers.

Until Dawn, an (episodic) interactive movie

Why would Until Dawn be inspired by TV series, you might ask, as Supermassive Games’ title is clearly a cinema-inspired game, as well as a tribute to the horror movie genre? It is also a legacy of the video game Heavy Rain, which had similar game mechanics and inspirations – except in the thriller genre, with Seven being one of the greatest inspirations for the game – Until Dawn is a fairly contemplative experience, relying on two main features: a system of choices on the one hand, and quick-time events on the other hand, making the whole game feel like a truely interactive horror movie. The game plays with the slasher genre, which has a lot of established rules. The Scream saga, directed by Wes Craven, also emphasised these rules – each movie reminded viewers of those rules, so as to better spoof them or transgress them. Until Dawn is inspired by Scream and other slashers, as all of these rules are respected: an isolated cabin in the mountains, a stereotyped gang of teenagers, a tragic and shameful event in the past (the disappearance of two friends), I Know What You Did Last Summer-style.

“As for films, we knew we wanted to make the game look familiar for players, we wanted them to say ‘I know what’s going to happen’, to see where it came from. So we were inspired by Scream and this kind of movies, we threw in all the clichés: everybody knows the rules like ‘the phone isn’t working, there’s no service’, etc. In a way, Until Dawn is an adaptation of these slashers, but only in the beginning, because then we break the rules and that’s when it gets really scary.” (Will Byles, executive creative director, in “Until Dawn : ‘La mise en place des différents scénarios est comme un château de cartes !’ selon Will Byles”, by Diane J. for Melty.fr)

And that’s indeed what surprises the player as the game unfolds: Until Dawn transitions from the slasher genre to other types of horror movies. All in all, it is a tribute to the entirety of the horror genre, with every subgenre being hinted at in the game: supernatural horror, torture porn, zombie movies. Even the trophies for the game are references to horror movie titles of all types. Although it remains coherent and even fairly smart in the construction of its scenario, with lots of plot twists and red herrings, Until Dawn is a patchwork of several cinematographic inspirations, and a great hommage to the horror genre. The game still has one originality: its interactive storytelling, which takes the form of a choices-and-consequences mechanic called the “butterfly effect”, that can lead characters to their survival or their death – the concept being that all members of the cast can either die or live until dawn.

Yet, there is more than just cinema in Until Dawn: in my opinion, TV series have also inspired the game a lot – in a more subtle way, for sure. The cast of the game, for instance: some actors in the game are movie stars, including Hayden Panettierre, who actually was in Scream 4. However, most of them were also popularized by their roles in TV shows. Panettiere played Claire Bennet, the invincible cheerleader, in Heroes; Peter Stormare played John Abruzzi in Prison Break. The game actually begins with a superb title sequence, which looks a lot like the opening credits of a TV show, more than a movie, in my opinion. Series like The Walking Dead in the horror genre or House of Cards and Game of Thrones all have aesthetically pleasing opening credits, with an epic and entertaining soundtrack, that sets the tone for the whole show. Until Dawn‘s introduction does feel similar to that.

And above all, although it was released immediately in a complete format, Until Dawn is divided into 10 episodes, lasting 40 to 60 minutes depending on the player’s rapidity – which is precisely the format of most of today’s TV shows. Each chapter of the game starts with a “Previously on…”, then follows each group of characters, and ends with a cliffhanger. This is clearly the narrative structure of a TV series; one might even think about the show 24, which consisted in seasons of 24 60-minute episodes corresponding to 24 real-time hours – here, all 10 episodes correspond to as many hours left until dawn. There is no denying that the game is inspired by cinema, but it is also clear that TV series, or at least its format, have served as an inspiration for Until Dawn.

Quantum Break, a “cross-media” experience between game and series

Now, let’s talk about the more recent of these two games, Quantum Break, developed by the creators of the game Alan Wake. What is original about Quantum Break is its “cross-media” nature: it is both a game, divided into 5 acts, as well as a TV series in 4 20-minutes episodes, that intertwine with gameplay. The actors of the series have also shared their voice and likeness with the game characters, in order for the transition to be as smooth as possible. Thus whenever a game sequence ends, the live action series begins. It all creates one huge story, told through two different media, two different points of view. The game focuses mainly on Jack Joyce, the protagonist, while the series introduces us to the antagonists, the Monarch corporation and its president, Paul Serene. Just like in Until Dawn, although in a less important way, there is a system of choices and consequences. Indeed, throughout the game sequences, it is possible to find key objects that affect (in a minor way) how the story will unfold in the series’ episodes; there are also much more significant choices to be made at the end of each act, that change the story of both the game and the TV series in a more dramatic way. (Below: one of the game’s live-action trailers)

While Until Dawn allows the player to experience an “interactive movie”, if not an “interactive TV series”, Remedy’s title distinguishes both aspects, with the game on the one hand and the series on the other, except with the possibility of interacting with the series. This cross-media format is the title’s singularity. It constitutes a real narrative universe, in which each piece of the puzzle is another element of the story. We might even consider the abundance of written documents in the game, adding more depth to the story, as a third medium contributing to the plot. It is true that Quantum Break suffers from a lack of originality in its plot (time-travelling + a potential end of times = déja-vu in science fiction), as well as in its gameplay (Jack’s time-altering powers are a real pleasure to manipulate, but the TPS combat sequences are too conventional), and the series is also quite cheesy at times (this is no Game of Thrones, in terms of budget and quality) – but Quantum Break has the merit of delivering something new and refreshing. There is much more to explore in the cross-media genre than Remedy did with Quantum Break – and the episodic nature of TV series is a great way to expand one particular universe. We could imagine TV shows that would keep the fans of a game waiting until the release of the next game. There is a real taste for TV series nowadays, which makes it a very interesting medium to explore, and Remedy leads the way towards very interesting possibilities.

TV Series as the new reference in entertainment

If they were unique cases, Until Dawn and Quantum Break would’nt be that significant. But lately there has been a lot of episodic games, including Telltale’s titles, always released in episodes and sometimes inspired by existing TV shows  (The Walking Dead, The Wolf Among Us, Game of Thrones…). That’s also the case of Life is Strange, which is similar to the games from Telltale and even goes further in its reference to TV shows : all episodes end either with some sort of musical collage of every character of the story, either with a major cliffhanger prompting the player to buy the next episode – both frequent techniques in episodes from TV series. Interestingly, all of the games quoted in this article feature a choices-and-consequences system: every time, the idea is to allow the player to change the course of the story. Except we’re now shifting from interactive movies to interactive series.

This shift is subsequent to the increase in quality of TV shows in these past few years: movie stars play a lot more in TV series than they used to (Glenn Close in Damages, Kevin Spacey in House of Cards), TV series budgets have increased, Netflix and similar platforms are getting more subscribers every day. TV Series are turning into the most fashionable medium, as well as a narrative genre liked both by writers and viewers. Consequently, video games, which have always been inspired by cinema, are following this shift towards TV shows. 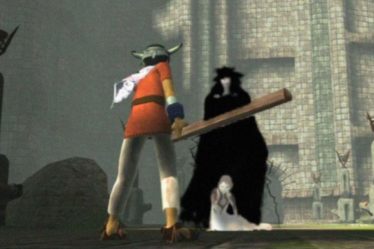