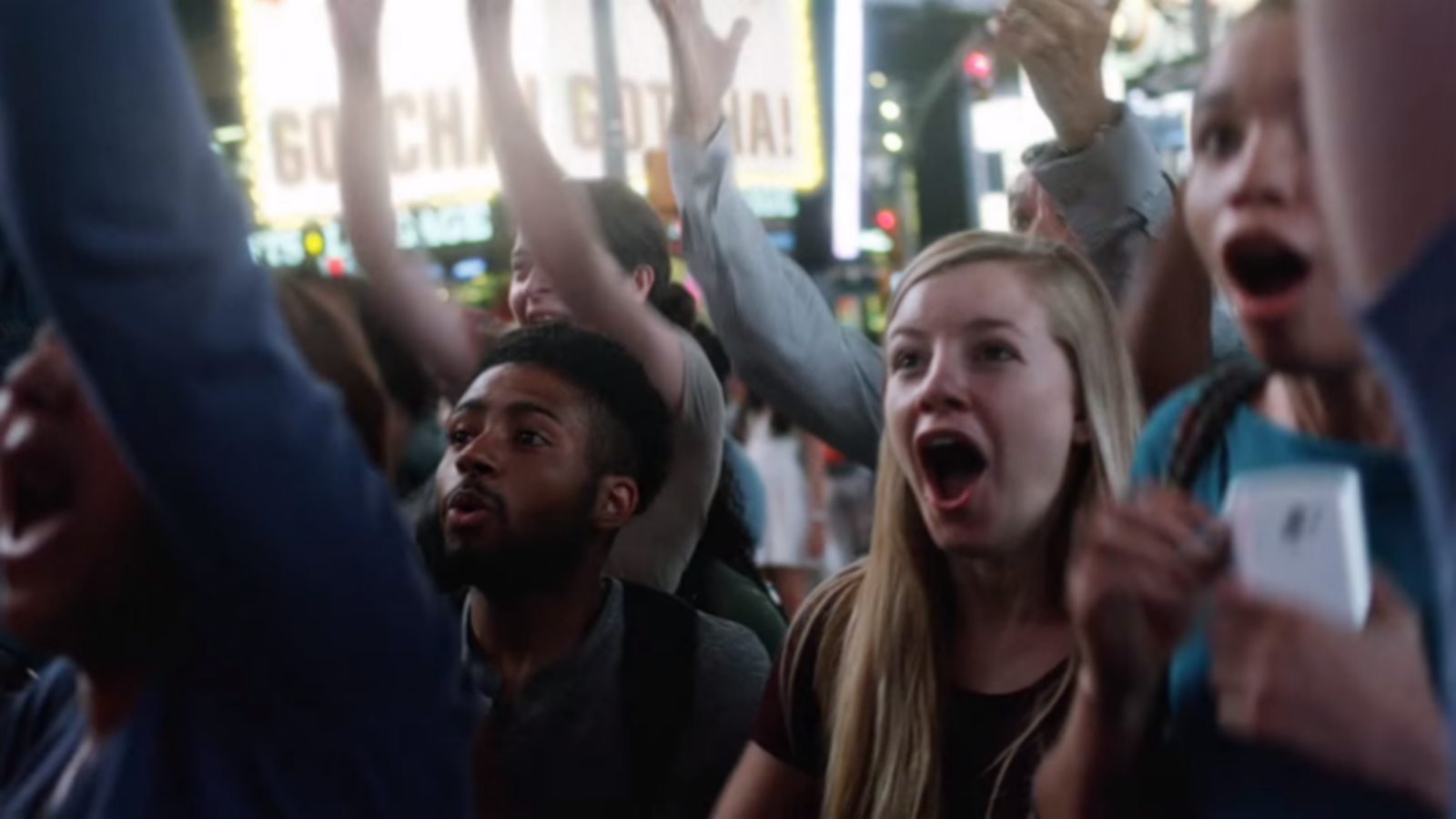 As a gamer, I am quite surprised and amazed by Pokémon GO. Not by the game itself, although it is innovative and fascinating in many ways, no, what surprises me, really, is the fact that everyone is playing it, and, above all, everyone is talking about it. Well, of course, not literally everyone is playing Pokémon GO. But still, you have to admit that the game did go viral in just a few days, so much so that it not only piqued the curiosity of gamers around the globe, but also the media’s, as well as that of several celebrities and politicians. It is not often that a single video game manages to get that much attention in the media.

More often than not, whenever the mainstream media talk about video games, they use words such as “danger”, “addiction”, “violence” and other funny synonyms. Rest assured, that is also the case for Pokémon GO. As usual. I will not detail every critical opinion I’ve read about Pokémon GO, whether on social networks or in the press. You’ve read those already, and I’ve discussed those several times on this blog as well, notably in my introductory post about the relationship between violence and video games. These are classics such as: “People are mad!”, “You bunch of kids, don’t you have anything better to do than playing Pokémon?”, “What kind of idiot needs an app to go outdoors, seriously? Humanity is just so sad…”. And then there’s the less classic “Pokémon GO leads to totalitarianism”. And there’s also all the media coverage about people accidentally killing themselves as they play Pokémon GO, with clickbait headlines such as “Is Pokémon GO too dangerous for our children?”. As if, you know, the game was to blame for these incidents, not the incautious players. Anyway, the usual stuff. It takes energy and time to answer all this critical BS, and this time, I have neither. It pains me, of course, that this is still the kind of speech we massively hear about video games, both from the media and from the average Joe or Jane, even though there is more than one piece of evidence that games give us a lot more than they take away from us. But if there is something that makes me happy regarding Pokémon GO, it is precisely the fact that we also hear a lot of positive comments about it, including in the mainstream media. And, paradoxically, that’s exactly what I want to discuss today. Precisely because, for once, we hear these comments, too.

This is an opinion based on my impressions and my personal experience, more than on the cautious analysis of the media coverage of Pokémon GO. This isn’t the absolute truth, nor will it be a series of statistics detailing the percentage of positive versus negative opinions about Pokémon GO in the media. But what I was able to notice is that there are similarities in all the positive reviews I have read about Pokémon GO, whether online or in the press, or even from people around me. “It’s an app that invites you to go outside”, “I was able to meet new people thanks to Pokémon GO, that’s awesome!”, “Pokémon GO is for everyone, and it also makes you exercise a little bit”. John Hanke himself – one of the creators behind Pokémon GO – reportedly admitted that one of the purposes of the app was “to encourage people to go outdoors, be active and meet new people.” And I won’t claim otherwise. I have discovered, myself, the many virtues of Pokémon GO, and fallen in love with its exciting concept – I play the game whenever I have to leave home, I go Pokémon-hunting in my neighboorhood at 11p.m., and I even meet some fellow trainers sometimes. And I’m not even that commited a trainer: some friends of mine have actually walked hundreds of miles while chasing Pokémon, and some others have had some very interesting chats with trainers of all genders and ages they had met on their journey. Pokémon GO is definitely a fun, universal and social experience. Congrats, Niantic.

Nonetheless I tend to feel like all the positive speech about Pokémon GO is contrasting with the usual speech about video games – the games that you play at home on your console. Everyone’s talking about Pokémon GO and its many merits, as if, finally, we had found the game that makes people leave their comfortable sofas. You just can’t leave the indoorsy alone, can you? Pokémon GO passes for a “healthy video game”, as opposed to the rest of them, the addictive, mind-numbing games that are dangerous for our children. Personal anecdote: the other day, a journalist asked me a few questions about Pokémon GO, as part of a radio coverage about the app. From this conversation, the only sentence that was broadcast on the radio was the one in which I said that you have to walk a lot in order to hatch your Pokémon eggs. The whole world (or at least the few people listening to the radio at 8 a.m that day), was able to hear about how much of an athlete I am (my tiny belly is laughing at me right now for saying that). And then the report went on with a guy claming he had walked 7 miles in just one night to catch Pokémon in Paris. Anyway, I feel like what the media – and generally, people – like about Pokémon GO is the fact that it makes people exercise, which seems like a far better thing than playing a game alone in front of the TV like a zombie. This isn’t new, though. Remember the game WiiFit, and how the media went on and on about the fact that it kept the elderly moving. Nintendo has provided us with a lot of similar titles, like Dr. Kawashima’s Brain Training, one of the best-selling titles on the Nintendo DS, that allowed us to “make our brain younger”. Everyone was playing the game, and no parents were worried that Dr. Kawashima might be dangerous for their children. It’s like a game cannot be praised unless it seems to havemedicinal or educational virtues. We want games to be useful.

Yet there is absolutely nothing shameful about staying at home to play video games in front of your TV screen. Of course, this is summer and we’re all in the mood to go out more than to play video games (my multiple sunburns are laughing at me right now for saying that). But even in general, playing video games is just as healthy as going outdoors, whatever the motive. Maybe not on a physical level – playing at home is definitely not as physical as practicing a sport – but there is nothing demeaning about playing games. Just like Pokémon GO, regular video games can allow you to socialize. There are games that you can play  with friends at home, games you can play online with “virtual” friends, and then there are forums, fansites, online communities of fans, exchanging, communicating, and even meeting “in real life”, sometimes. And there’s also the connection between the player and the developer, that is very real, just like with all works of the human mind. And beyond the social aspect, video games have a lot to provide to players. The whole point of this blog is to emphasize the poetry, the emotion, the sensitivity, the beauty that is to be found in video games, which are all very good reasons, in my opinion, to spend some time home with a controller in your hands. I’m not saying I’m the first one, nor the only one, to express such an opinion about video games. I’m just disappointed that this isn’t the dominant opinion in the mainstream media, that only praise video games when they are useful, or when they make you go outdoors.

I am very glad that Pokémon GO is getting that much praise and attention, and that we can hear, for once, positive opinions about video games (well, excluding the multiple criticisms upon which I have decided not to dwell this time). But that would also be great if people who love and defend Pokémon GO also loved and defended video games in general. In the future, I would love to see more articles in the press discussing video games in a positive way – even when the games discussed don’t make you exercise or meet people, even when they have no purpose at all – except, maybe, a form of distraction and of opening. And I would like to invite people who are not used to playing, but who have fallen for Pokémon GO, to also try other video games. In the worst case scenario, they won’t like it, otherwise, they will discover new enriching experiences. Just because Pokémon GO makes you exercise or because it gets more hype doesn’t make it any more (or less) worthy of interest than other video games. It is definitely a great thing that Pokémon GO makes players go outdoors, but there is absolutely nothing  wrong with playing at home, either.

Just for fun: some critical (and totally absurd) opinions about Pokémon GO coming from people who haven’t even played the game:

About the many virtues of Pokémon GO and “healthy video games”, as oppsed to regular games: 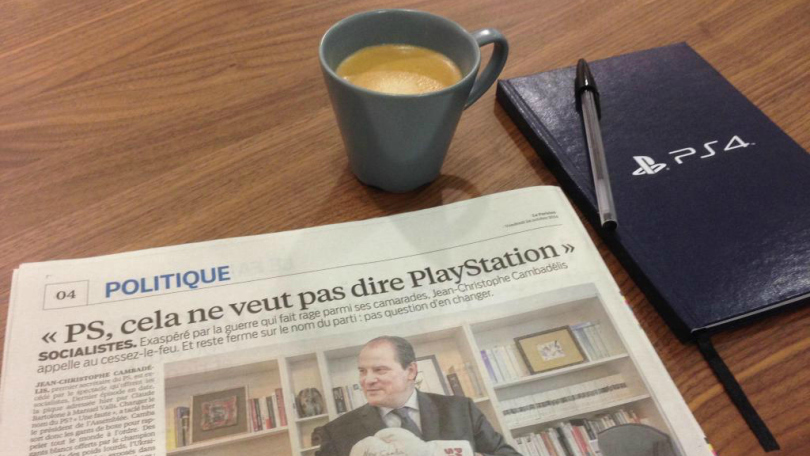